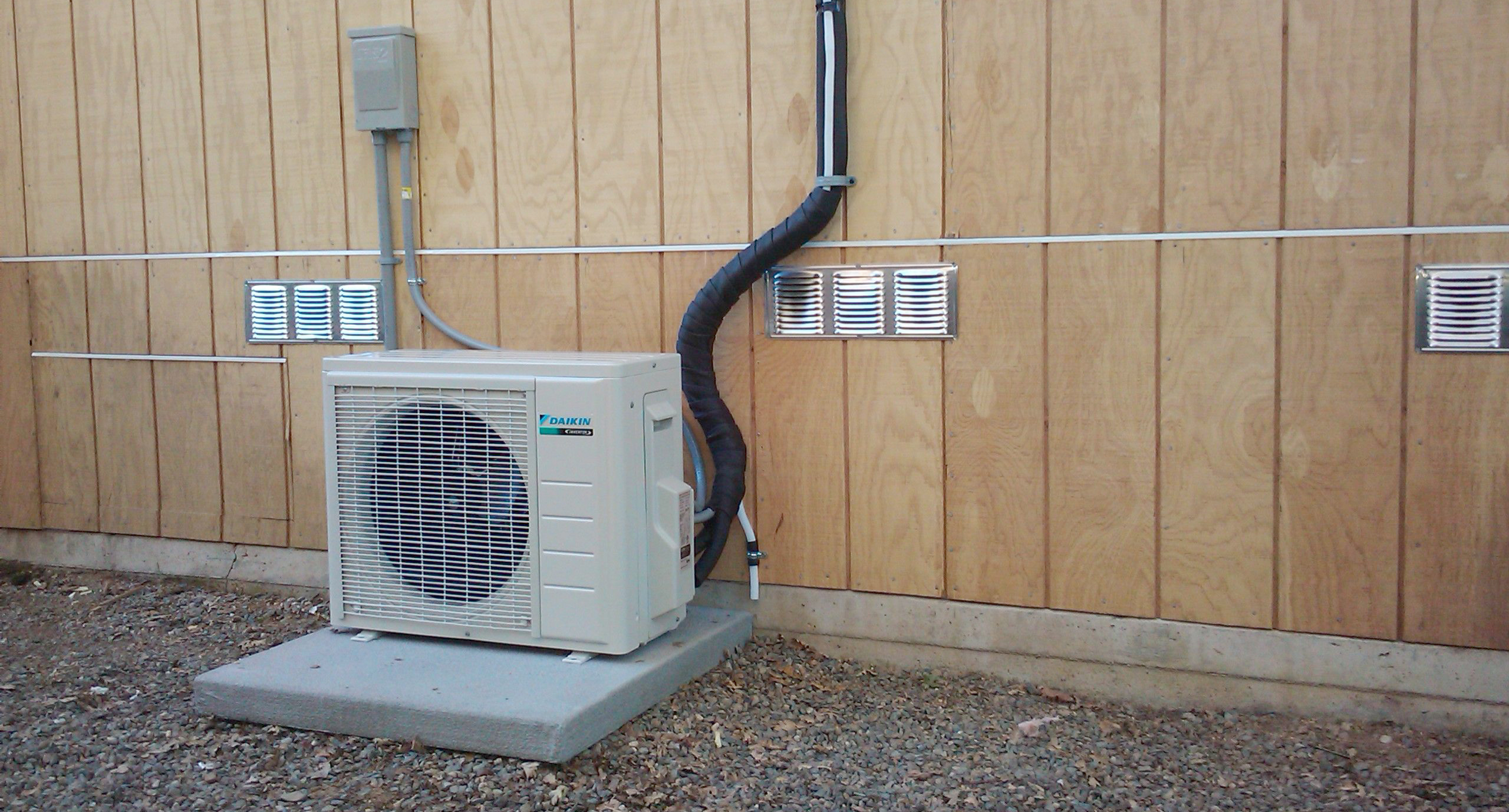 The Juneau Carbon Offset Fund is thrilled to be forging ahead despite the chaos taking place around us on a daily basis. We’ve just completed two additional house-warming heat pumps installations, the Fund’s fifth and sixth carbon-reducing offset projects. The combined annual carbon load that these two projects will eliminate is roughly 27,000 pounds, bringing our total annual carbon elimination total to nearly 72,000 pounds. The projected lifetime of these projects totals over one million pounds.

So, if you’ve had doubts about carbon offsetting, if stories of greenwashing by larger corporate players has had you wondering, then the Juneau Carbon Offset Fund shows that at least at the local level carbon offsets that fund direct carbon reduction do work.

The first of these two homes is owned by a decades-long Juneau resident and owner of his 1950’s-built home for nearly 40 years, was ready to lose both the oil and the work required by firewood. The homeowner broke his back years ago in a fishing accident and had additional injuries after that, making regular employment nearly impossible. Living on $7000 annually, he was thrilled to qualify for our program.

Installation number six was awarded to a Douglas couple in their 80’s (who have asked to remain anonymous and who we’ll refer to as DC in this blog), getting by on social security checks and a bit of savings. They were fed up with oil bills and boiler repairs and were more than eager to heat locally. Taking a full home, even a small home like theirs, from oil-fired hot water baseboards to heat pump can be costly. Often, it is cost effective to heat the primary living spaces with a heat pump and run oil only when needed to warm bedrooms or when very cold outside. (Small and low cost infrared electric heaters are increasingly used in these ‘back rooms’ in situations like these.)

DC became the Fund’s first heat pump recipient to ‘get some skin in the game’ so to speak. They were willing to help pay for the project, an amount pulled from savings that will be paid back with the savings from their first year of NOT buying nearly 950 gallons of oil! Without their help, the project would not have been possible. With their help, the project remains a cost-effective Fund investment and remains true to all of the offset purchasers who helped to make this possible.

If you would like to get on board, offset some of the carbon production that you have yet to reduce, and help lower income families, click one of the icons below to get started!